Arkham Origins might be the best Batman game ever made 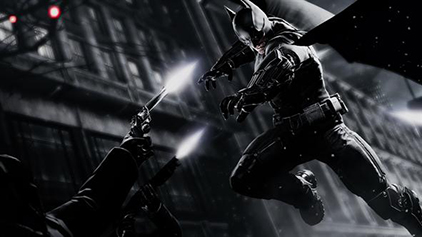 Batman himself is far more human here... Which is why Origins resonated so much with me; stepping into the head of a man more like the Batman from the comics and the Nolan films, and less like an emotionless avatar, makes Origins an important game for fans. So, too, do the countless moments where the game reaches deep into Batman canon and does some truly magical things. 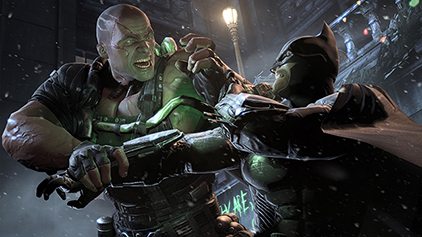 Though the story may start off a bit slow, once it hits its stride around the midway point, the twists and turns are worthy of any Batman story we've seen in print or on a TV/movie screen before. Dooma Wendschuh and Corey May - best known for their work on Ubisoft franchises like Assassin's Creed and Prince of Persia - have proven themselves adept at handling the Dark Knight as much as any comic-book writer.

Batman: Arkham Origins has the best writing to date in a Batman Game - taut, focused and with a dark edge. Origins feels the most like a comic book from Scott Synder and even dabbles in some of the psycho-sexual underpinnings of the character explored by Alan Moore and Frank Miller. Batman: Arkham Origins leaves me wanting to see the story played out even longer than its considerable length. The incredible writing is almost worth the price of admission and helps make it the best of the Arkham games. 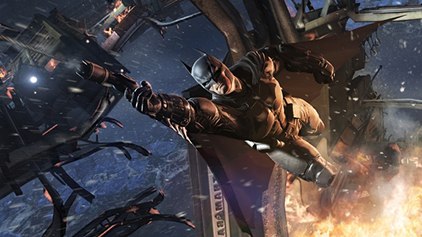 In Batman: Arkham Origins, players turn back the clock on the popular Arkham series, going to Batman's second year of operation as Gotham's vigilante... Origins lets players become the Batman in a different way than the rest of the critically acclaimed series; the player learns how to be Batman while he's learning himself. The approach changes the implementation of tried-and-true gameplay while delivering a story that surprisingly feels more like the comics than the rest of the series. 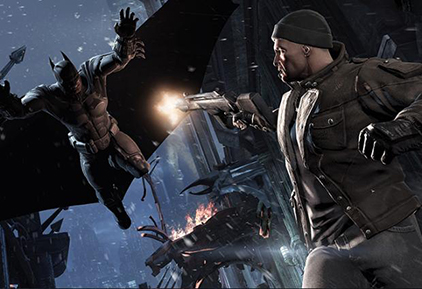 I'd imagine it's hard for game developers to come up with an original story for Batman, since he has such a rich lore in comic books that most have already been thought up by someone else in the past. But, WB Games Montreal has done just that, and has made the original story, in which Black Mask hires Gotham's most infamous assassins to kill Batman for a $50 million bounty, the highlight of Batman: Arkham Origins. 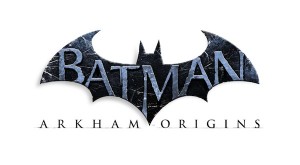 The personnel changes went beyond the development team. Kevin Conroy and Mark Hamill, inarguably the definitive Joker/Batman voice actor pairing, have been replaced, along with Paul Dini, the lead writer best known for his masterful creation of the DC Comics Animated Universe. When it comes to creating animated Batman stories, this is rather like trying to book a replacement act for the Beatles. Stepping into those Killer-Croc sized boots are expert script doctors Corey May and Dooma Wendschuh. 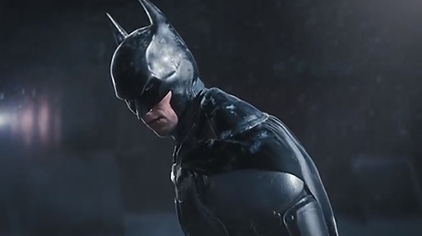 The second sequel to that game is Batman: Arkham Origins, which comes out later this month. It was developed by a team at Warner Bros. Games Montreal, with the efforts of lead writers Corey May and Dooma Wendschuh, who wrote some of the Prince of Persia titles and the first Assassin's Creed games for Ubisoft.