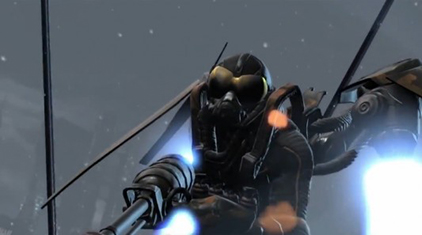 The Arkham Story Begins: Batman: Arkham Origins features an all-new single-player campaign written by Dooma Wendschuh and Corey May, with Geoff Johns consulting. Players become an early-career Batman as he encounters for the first time many of the super villains that shape his future.

"Devious Maids" actress Paula Garces is one busy woman. In addition to her prolific acting career, the actress is busy promoting her comic creation, Aluna which will have a trilogy of graphic novels this October published by Allegory Media. Garces is set to introduce the first book at this year's New York Comic-Con from October 10th through 13th.