Aluna Trilogy in the Works

Dooma Wendschuh and Corey May, founders of sekretagent Productions, have been attached to write all three books. This writing duo is the creative force behind such popular game titles as Assassin's Creed and Army of Two.

"This story is full of action, but it also has pretty epic romance elements. Aluna is a badass. She's tough as nails given everything she's been through. We're going to help her find her softer side", remarks Dooma Wendschuh. 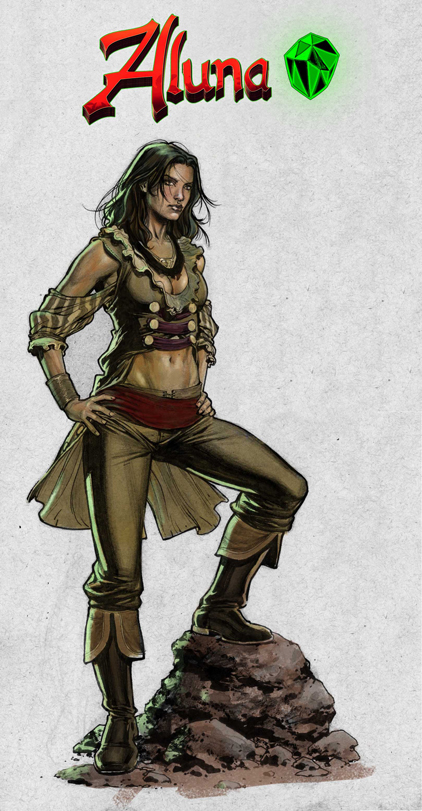 First time ever, Exclusive!! The new Aluna art for @paulagarces1 upcoming trilogy books being written by none other than the team behind @assassinscreed & the upcoming @arkhamcitynews story (sekretagent Productions). The books will be published by Allegory Publishing who recently rebooted the iconic Speed Racer Franchise. Stand by! because this is going to be awesome!!!

The return of Marv Wolfman to the Titans would be interesting enough - I wonder how long he's going to be sticking around - but the unexpected appearance of Corey May and Dooma Wendschuh was particularly eyecatching. For those who aren't familiar with those names - This is, as far as I know, their comics debut, or at least their superhero comics debut - May and Wendschuh are co-creators and co-writers of Assassin's Creed, the videogame series. Doing a Deathstroke book seems like a good fit, don't you think...?